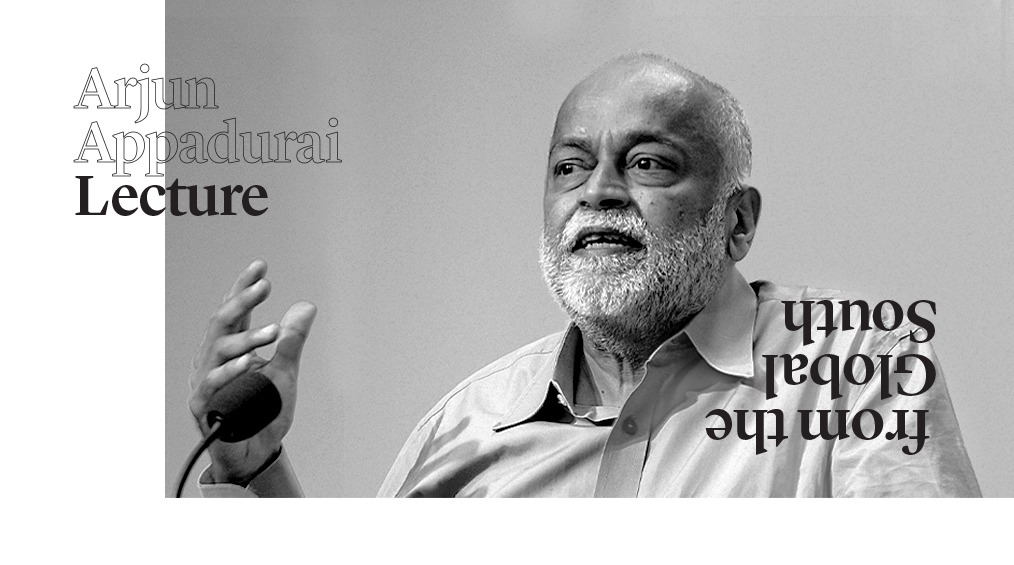 The Planet, the Universe and the Museum: Territories of the Imperial Imagination

A lecture from the Global South, presented by Arjun Appadurai, on the occasion of the launch of the Joburg Contemporary Art Foundation on 27 February 2020.

Arjun Appadurai has committed his scholarly pursuits to understanding globalised shifts of cultural life, especially from the perspective of those in developing nations.

Appadurai is the Goddard Professor in Media, Culture and Communication at New York University, where he is also Senior Fellow at the Institute for Public Knowledge. He is currently Senior Professor of Anthropology and Globalization at The Hertie School (Berlin). He also serves as Honorary Professor in the Department of Media and Communication, Erasmus University, Rotterdam, and as a Senior Research Partner at the Max-Planck Institute for Religious and Ethnic Diversity, Gottingen.

Appadurai has previously held positions at The New School in New York City, Yale University, École des Hautes Études en Sciences Sociales (Paris), the University of Delhi, and Oxford University among many others. He has also served as an advisor to the Ford Foundation and Rockefeller Foundation; UNESCO; UNDP; and the World Bank.

He has authored numerous books and scholarly articles, including Modernity at Large: Cultural Dimensions of Globalization, (Minnesota 1996; Oxford India 1997) and The Future as a Cultural Fact: Essays on the Global Condition (Verso 2013), and Banking on Words: The Failure of Language in the Age of Derivative Finance (Chicago, 2016). His most recent book, co-authored with Neta Alexander, is Failure (Polity Press 2019).

On the occasion of the launch of the foundation, JCAF presented a curated intellectual, artistic and culinary programme that included: a screening of the film ‘Reassemblage’ (1982) by Trinh T Minh Ha, a culinary collaboration between Head Chef Daniel Payne from the Four Seasons and artist Nandipha Mntambo, and the inaugural Lecture from the Global South presented by Arjun Appadurai.

Eighty-five guests, including academics, representatives of the diplomatic community, members of the creative industries, business, tech entrepreneurs and press, attended the event.