Liminal Identities in the Global South

Liminal Identities in the Global South forms part of JCAF’s first research theme: Female Identities in the Global South. The second of three exhibitions in this theme explores hybridity and resistance in the artistic practices of seminal women artists from Latin America, alongside artists from the MENA region, the African diaspora and South Africa. The exhibition considers heterogeneous forms of expression across art, architecture and music, from the 1960s to the present.

Liminal Identities in the Global South explores hybridity and resistance in the artistic practices of seminal women artists from Latin America, alongside artists from the MENA region, the African diaspora and South Africa. The exhibition considers heterogeneous forms of expression across art, architecture and music, from the 1960s to the present.

Given the impact of Covid-19, the pandemic body is a second curatorial thread running through the exhibition. The pandemic has placed many of us in a state of limbo or liminality, so that we are caught between a pre-Covid-19 world and one in which we imagine a better future.

The exhibition is divided into five areas: Prelude, Requiem, Movements I, II and III, each consisting of a particular colour based on the coronavirus alert levels. Moreover, each area is conceptualised according to a musical tempo, either moderate, fast or slow, denoting a time-based experience of the exhibition. 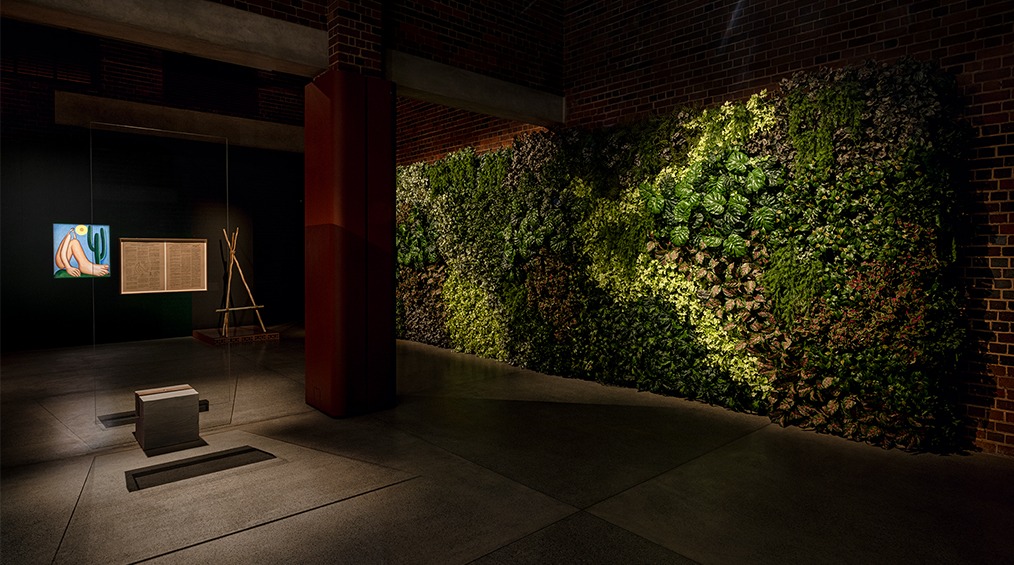 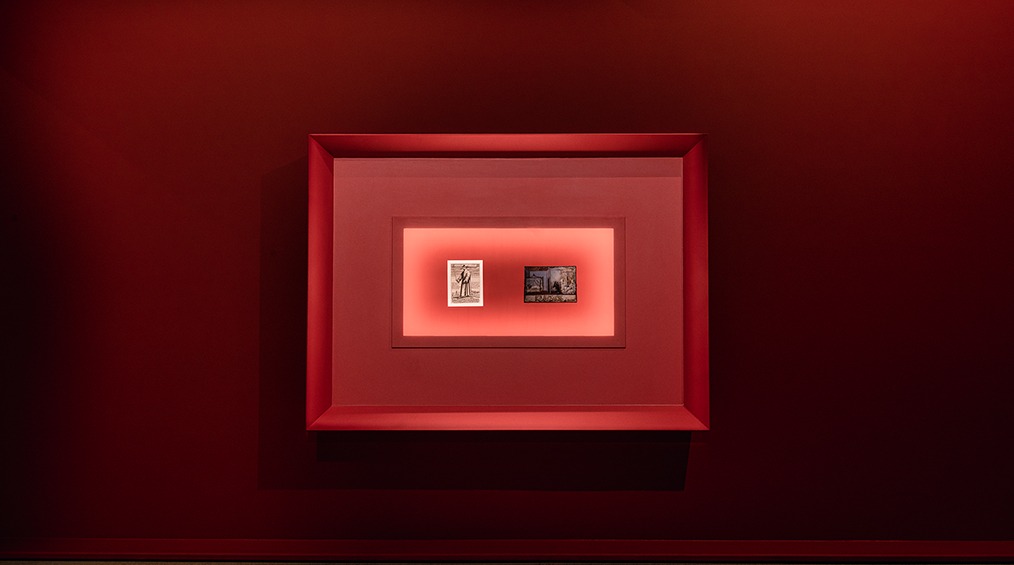 Covid-19 has placed many of us in a state of limbo, so that we are caught between a pre-Covid world and one in which we imagine a better future. The pandemic can be understood as an ‘event’ – a rupture in the normal run of things. As such, it changes our perception of the world around us. Within this liminal state, the exhibition reflects on previous pandemics such as the Black Death (bubonic plague, 1346–1353) and the Spanish Flu (influenza, 1918–1920).

The pandemic body is a second curatorial thread running through the exhibition and is alluded to in the masks that appear in the works. The ubiquity of the mask in our time is at once ominous and comforting. Masks filter the air we breathe, helping to prevent infection and possibly death, since it is through breathing that we can be infected by the virus.

This section of the exhibition explores the precarious nature of life, suggested by images of the female body in the landscape, rituals performed by women, and bouquets of flowers that decay over time. The passage of time, which encompasses death, ritual and trace, points in turn to liminality.

During afflictions and disasters such as the coronavirus pandemic we discover our ‘radical vulnerability’ and the need for grace. In this section eternity is represented by the colour gold and by luminescence and reflection.

Kapwani Kiwanga (1978–) was born in Hamilton, Canada. She studied anthropology and comparative religion at McGill University. She was the winner of the Marcel Duchamp Prize (2020) and the inaugural winner of the Frieze Artist Award (2018). She has been on group exhibitions at the Museu d’Art Contemporani de Barcelona, as well as the Whitechapel and Serpentine Sackler galleries in London, and held a solo exhibition at the MIT List Visual Arts Center (2019).

Ana Mendieta (1948–85) was born in Havana, Cuba. When she was twelve she and her sister were sent to live in the USA as refugees. She obtained an MFA from the University of Iowa in 1977. Select exhibitions include: ‘Ana Mendieta: A Retrospective‘, New Museum, New York (1987); ‘Ana Mendieta: Earth, Body, Sculpture and Performance 1972–1985’, Hirshhorn Museum, Smithsonian Institution, Washington DC (2004); ‘Ana Mendieta’, Art Institute of Chicago (2011); ‘Ana Mendieta: Covered in Time and History’, Jeu de Paume, Paris (2018).

Lygia Pape (1927–2004) was born in Nova Friburgo, Brazil. She was a founding member of Grupo Frente in 1954, then developed ideas that would combine with the defining principles of the Neo Concrete Manifesto, of which she was one of the signatories. Select exhibitions include: Venice Biennale (2003); Haus der Kunst, Munich (2004); ‘Lygia Pape: Magnetized Space’, Serpentine Galleries, London (2011); ‘Lygia Pape: A Multitude of Forms’, Metropolitan Museum of Art, New York (2017).

Sumayya Vally/Counterspace (2015–) is an interdisciplinary architectural studio led by Sumayya Vally. Through her design, research and pedagogical practice, Vally is committed to finding expression for hybrid identities and contested territories. Johannesburg serves as her laboratory for finding speculative histories, futures, archaeologies and design languages, and for revealing the invisible. Her work is often forensic, and draws on performance, the supernatural, the wayward and the overlooked as generative places of history and work. She is based between Johannesburg and London and is the lead designer for the Serpentine Pavilion 2020 plus 1.