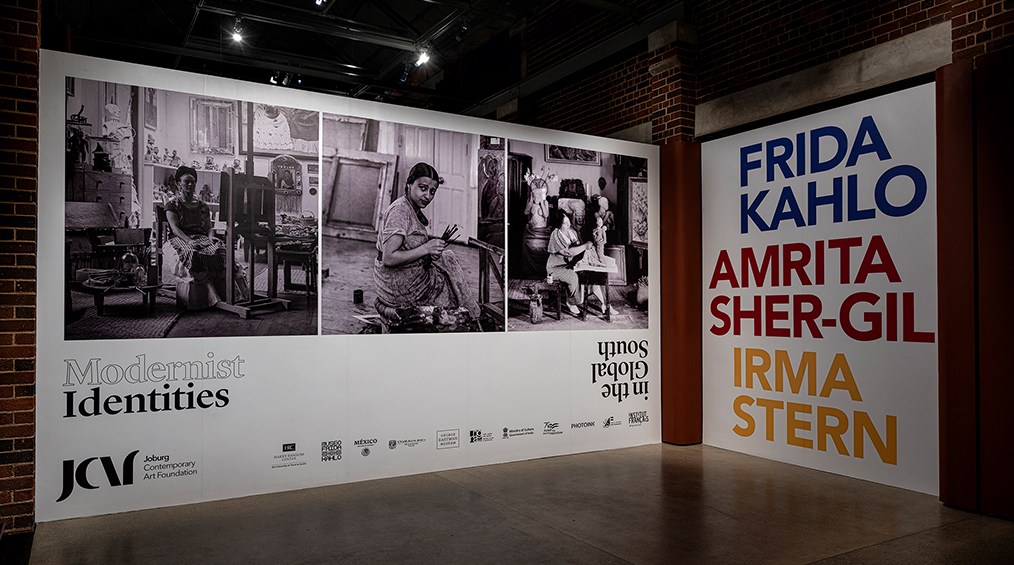 Kahlo, Sher-Gil, Stern: Modernist Identities in the Global South presents the works of three pioneering women artists, Frida Kahlo (1907–1954), Amrita Sher-Gil (1913–1941) and Irma Stern (1894–1966), together in South Africa and in Africa for the first time. The exhibition examines the constructions of ‘cosmopolitan’ and ‘indigenous’ identities through portraiture and self-portraiture. It also considers the time and place in which each artist produced their work, and gives some insights into their experiences, inspiration and concerns. The viewer is invited to consider and engage with one iconic artwork by each artist.

Each artist practised from a different context in the Global South: Kahlo in Mexico, Sher-Gil in India and Stern in South Africa and the Congo. Although all three artists travelled extensively, these places had the profoundest impact on their work and their sense of themselves in the world. This section of the exhibition introduces aspects of the socio-political backdrop against which these pioneers of modernity in the Global South produced their most important work.

This section introduces documentary material comprised of photographs, films, diaries and objects that situate each artist’s practice within specific personal and socio-cultural contexts. Moreover, the content reveals a transformative narrative for each of the artists, from childhood into adulthood and from early European influences to an embodied, local, indigenous identity formation.

Frida Kahlo’s own identity was the central motif around which her artistic expression was manifest. In this exhibition, the focus is not on Kahlo’s surrealist paintings but on the ways she constructed her identity within the broader context of a new post-revolutionary Mexico. Central to Kahlo’s thinking was ‘Mexicanidad’ (‘Mexican-ness’), a new Mexican identity founded on indigenous culture and heritage.

The photographs of Amrita Sher-Gil in the exhibition take the visitors through Sher-Gil’s experiences in Europe and her decision to return to India in 1934. These images are a testament to the role of personal agency in the construction of a modern subject. In India, Sher-Gil painted her relatives but also depicted the poor,  women and everyday life subjects.

Irma Stern’s work was informed by her personal history and experience of travelling throughout Africa and Europe. As a result of her father’s imprisonment during the Anglo-Boer War, the Stern family moved to Germany. During World War I, Stern was an active member of the Novembergruppe in Berlin, but the rise of antisemitism in Europe precipitated her return to South Africa. In colonial Cape Town, however, being Jewish and a woman meant that she was also something of an outsider in the art circles of her home city. 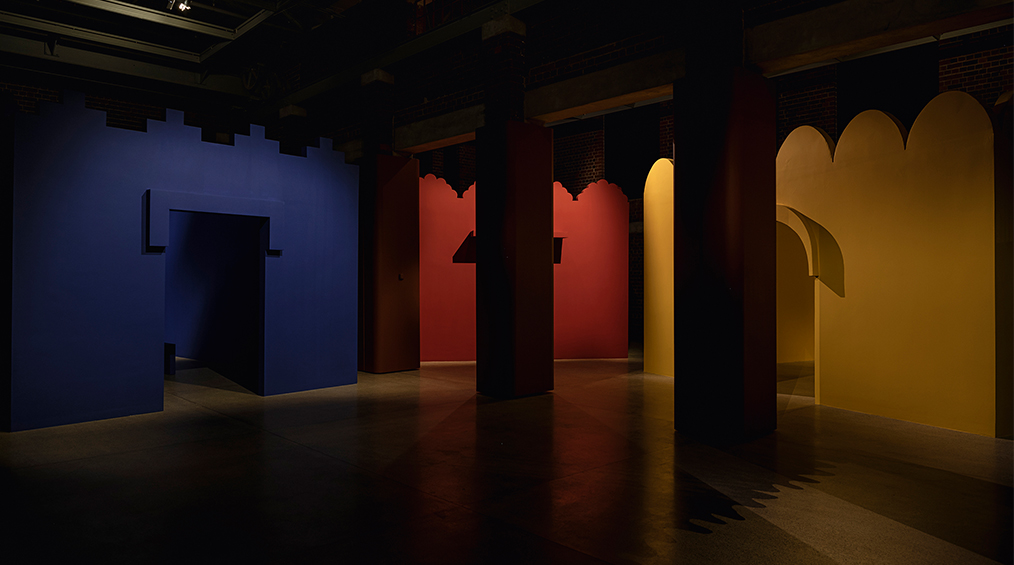 The exhibition design references the cultural and architectural heritage of each of the artists. For Kahlo, the Pre-Columbian architecture of Mexico; for Sher-Gil, Sikh and Mughal architecture in India; and for Stern, Watusi Congo vernacular architecture. A form is abstracted from the architecture to produce a motif that contextually represents the artist. 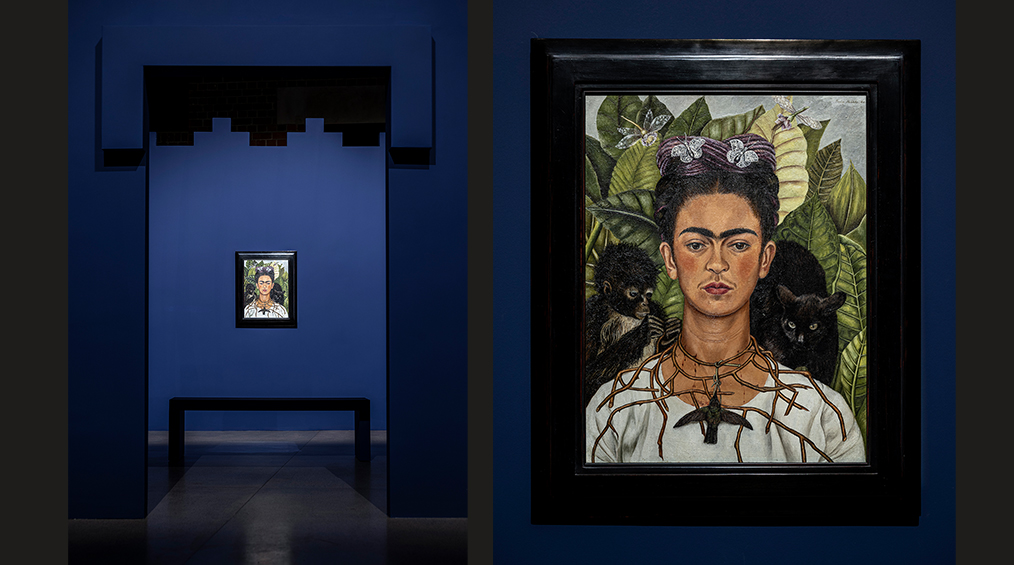 The subject of many of Kahlo’s paintings was herself (“I paint myself, because I am what I know best.”) She painted fifty-five self-portraits that embody, on the one hand, an external Mexican identity imbued with Pre-Columbian cultural references and symbols, and, on the other hand, an inner subjective realm arising from several traumatic experiences.

Kahlo painted Self-Portrait with Hummingbird and Thorn Necklace (1940) after her divorce from Rivera and at the end of her affair with photographer Nickolas Muray. The work reflects the influence of her mestizo heritage, and the Catholic symbol of the thorns is combined with Kahlo’s indigenismo politics, which is suggested by the ‘natural’ elements of flowers, leaves, cat and monkey. Here, Kahlo’s complex identity is foregrounded, and shown to be a hybrid repository; of the modern and natural worlds, and of the religious and the secular. 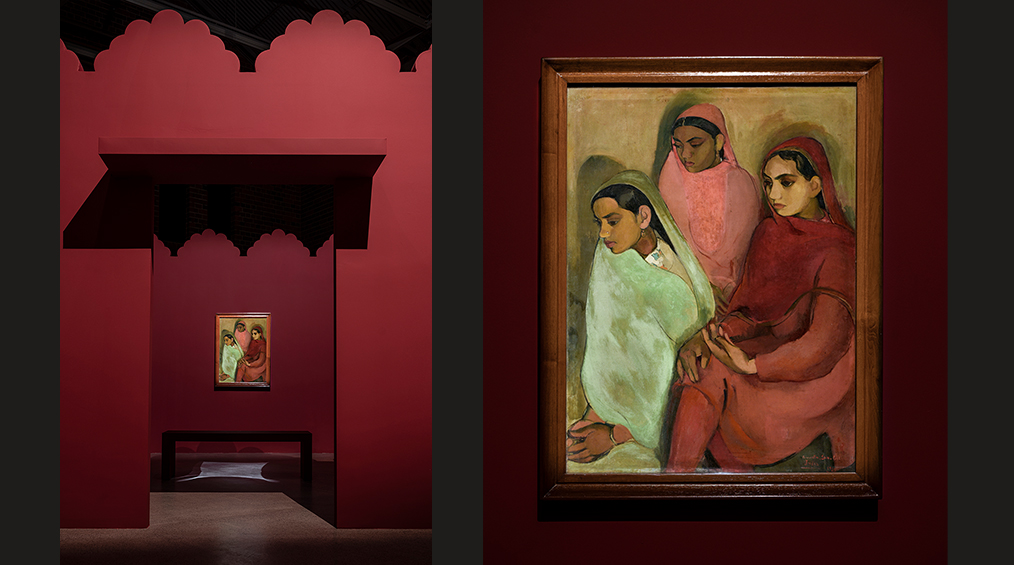 Three Girls (1935) is the first painting Sher-Gil did upon her return to India in 1934. She was on holiday when she met her nieces at her grandparents’ home in Amritsar, and she painted the three sisters, Beant, Narwair and Gurbhajan Kaur with repeated sittings over a period of two to three weeks. The work depicts three young women contained in a pose that suggests a contemplative melancholy. 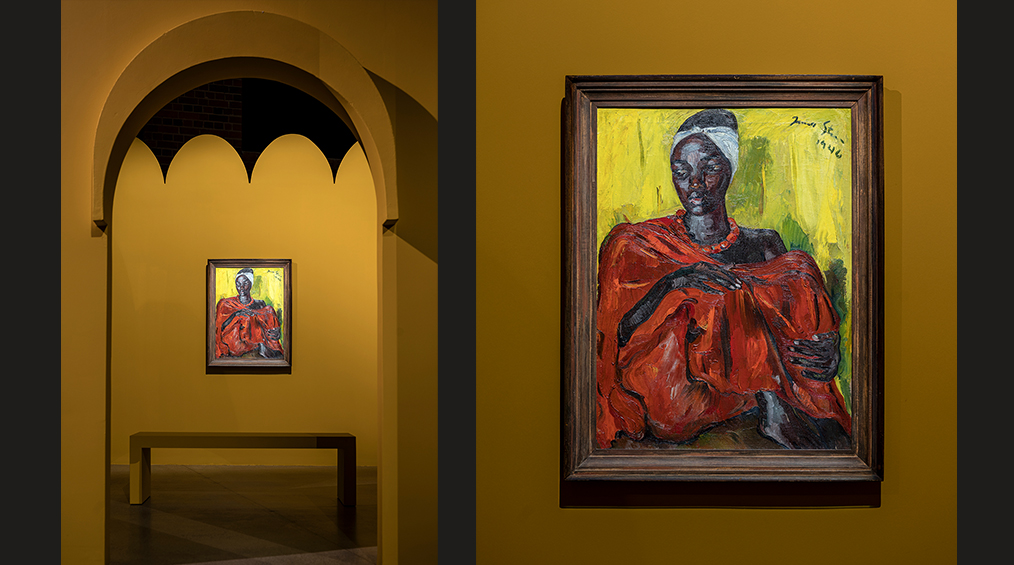 Watussi Woman in Red (1946) was painted around the time of Stern’s second trip to the Congo in 1946. It is a portrait of a young woman dressed in red, set against a lush yellow background. The portrait is not a commission or a simple facsimile of her subject, but rather a robust interpretation in which the artist constructs a self-image that, according to Arnold, is ”infiltrated by her personal and social history and experience”. The young woman depicted in the painting is Princess Emma Bakayishonga, sister of King Mutara III Rudahigwa (1912–1959).

Amrita Sher-Gil (1913–1941) was born on 30 January in Budapest, Hungary. She undertook formal art studies at the École Nationale des Beaux-Arts in Paris from 1930 to 1934. She won a gold medal at the Grand Salon in Paris and was elected an Associate in 1933. Sher-Gil returned to India where she participated in an exhibition at the Simla Fine Arts Society and was awarded a prize for one of five paintings on the exhibition. She travelled to South India in 1937. She was awarded a prize for a painting exhibited in Delhi and held a solo exhibition in Lahore in 1937.

Irma Stern (1894–1966) was born on 2 October in Schweizer-Reneke, South Africa. She studied art in Weimar, Germany in 1912, and in Berlin from 1918 to 1920. She held her first exhibition at the Fritz Gurlitt Gallery in Berlin in 1919. She returned to Cape Town in 1920 and had her first South African solo exhibition in 1922. Stern travelled and exhibited regularly, both in South Africa and internationally. She was awarded the Prix d’Honneur at the Bordeaux International Exhibition in 1927. She travelled to Zanzibar in 1939 and the Congo in 1942. She exhibited at the Venice Biennale in 1950 and won the Regional Award at the Peggy Guggenheim International Art Prize in 1960.