JCAF views its operational locale as strategically located in the Global South, a broad paradigm that offers a fuller and more complex understanding of identity.

The Global South suggests an economic, social, political and cultural identification amongst postcolonial subjects who express common ideals from a variety of heterogeneous contexts identified with but not geographically bound in the South. Therefore, the Global South is a construct and not a geographic location. Central to this construct is the idea of shared identities that affirm themselves in contrast to Western or Northern forms of hegemony thereby liberating subjects to produce new forms of economic, cultural, social and political emancipation.

As an active participant, JCAF imagines a critical role in producing and disseminating artistic and cultural knowledge that gives substance to the definition of the Global South, through South to South and South to North relations. We investigate concepts, schools of thought and political alliances formulated in the South: Antonio Gramsci’s North/South theory (1926), Torres-García’s School of the South (1942), Dependency Theory from Raúl Prebisch (1949), decolonisation movements in Africa  starting with Ghana (1957), the Group of the 77 (1964), the Subaltern Studies collective (1982) and the Latin American Modernity/Coloniality/Decoloniality Project (1998), together with a thorough investigation on feminism from Latin American scholars and artists, all form part of our conceptual framework.

Lecture from the Global South

The Planet, the Universe and the Museum: Territories of the Imperial Imagination

A lecture from the Global South, presented by Arjun Appadurai, on the occasion of the launch of the Joburg Contemporary Art Foundation on 27 February 2020.

Appadurai is the Goddard Professor in Media, Culture and Communication at New York University, where he is also Senior Fellow at the Institute for Public Knowledge. He is currently Senior Professor of Anthropology and Globalization at The Hertie School (Berlin). He also serves as Honorary Professor in the Department of Media and Communication, Erasmus University, Rotterdam, and as a Senior Research Partner at the Max-Planck Institute for Religious and Ethnic Diversity, Gottingen. Born and educated in Bombay. He earned his B.A. from Brandeis University in 1967, and his M.A. (1973) and Ph.D. (1976) from the University of Chicago. He has authored numerous books and scholarly articles, including ‘Modernity at Large: Cultural Dimensions of Globalization’ (Minnesota 1996; Oxford India 1997), ‘The Future as a Cultural Fact: Essays on the Global Condition’ (Verso 2013), and ‘Banking on Words: The Failure of Language in the Age of Derivative Finance’ (Chicago, 2016). His most recent book, co-authored with Neta Alexander, is ‘Failure’ (Polity Press 2019).

JCAF compiles a catalogue for each exhibition, which is freely available for visitors. 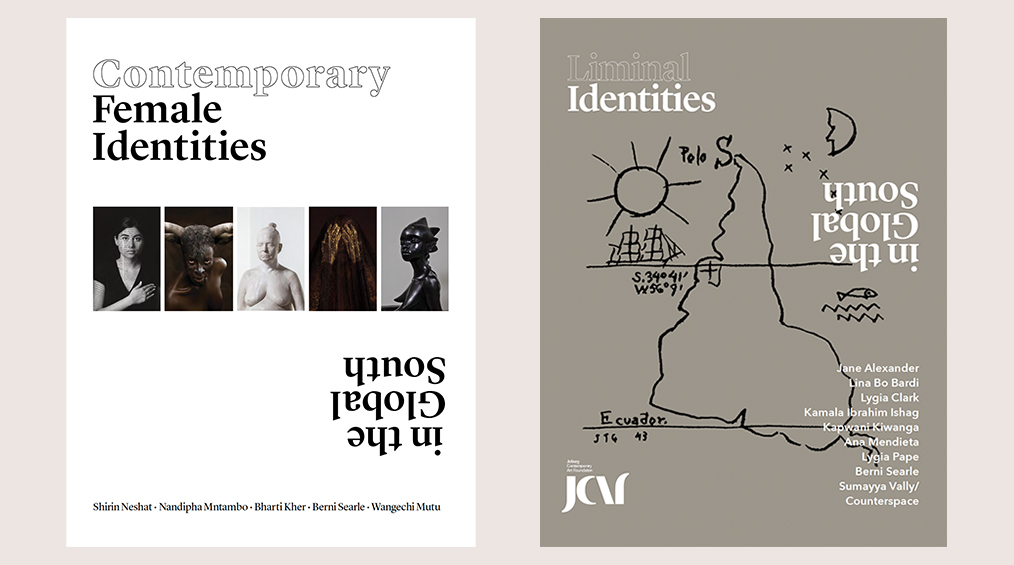 Download the catalogue for our most recent exhibition Liminal Identities in the Global South (03 August 2021 – 26 February 2022).

Download the catalogue for our inaugural exhibition Contemporary Female Identities in the Global South (16 September 2020 – 30 January 2021).

JCAF is a centre for academic research that aims to provide exceptional artistic programming and generate knowledge.

JCAF’s mandate is to advance the public’s understanding of modern and contemporary art, and to identify and collaborate with scholars and institutions globally. At JCAF, knowledge is set in motion through a theme – a broad subject of contemporary and historical significance. Our first research theme, Female Identities in the Global South, runs over three years. At the culmination of the theme, we will publish a journal to disseminate the curatorial programme and research initiatives to the international art community through scholarly contributions, and to act as a repository of important cultural debates taking place in the Global South.

JCAF’s remit is to reposition knowledge through curated exhibitions that engender a global understanding of modern and contemporary artistic practice. This will be achieved by presenting the artworks through a socio-historical lens, supported by supplementary archival material that contextualises the artworks for the viewer. The following criteria inform JCAF’s curatorial framework (i) to reposition contemporary South African art globally (ii) to participate in a dialogue between local and international, modern and contemporary art (iii) to actively disrupt the dominant view of Western modernity and (iv) to present exhibitions that are scholarly and non-commercial. Through this, JCAF aims to deepen the viewer’s experience of art, encourage close looking, and act as a space for contemplation and new ideas.